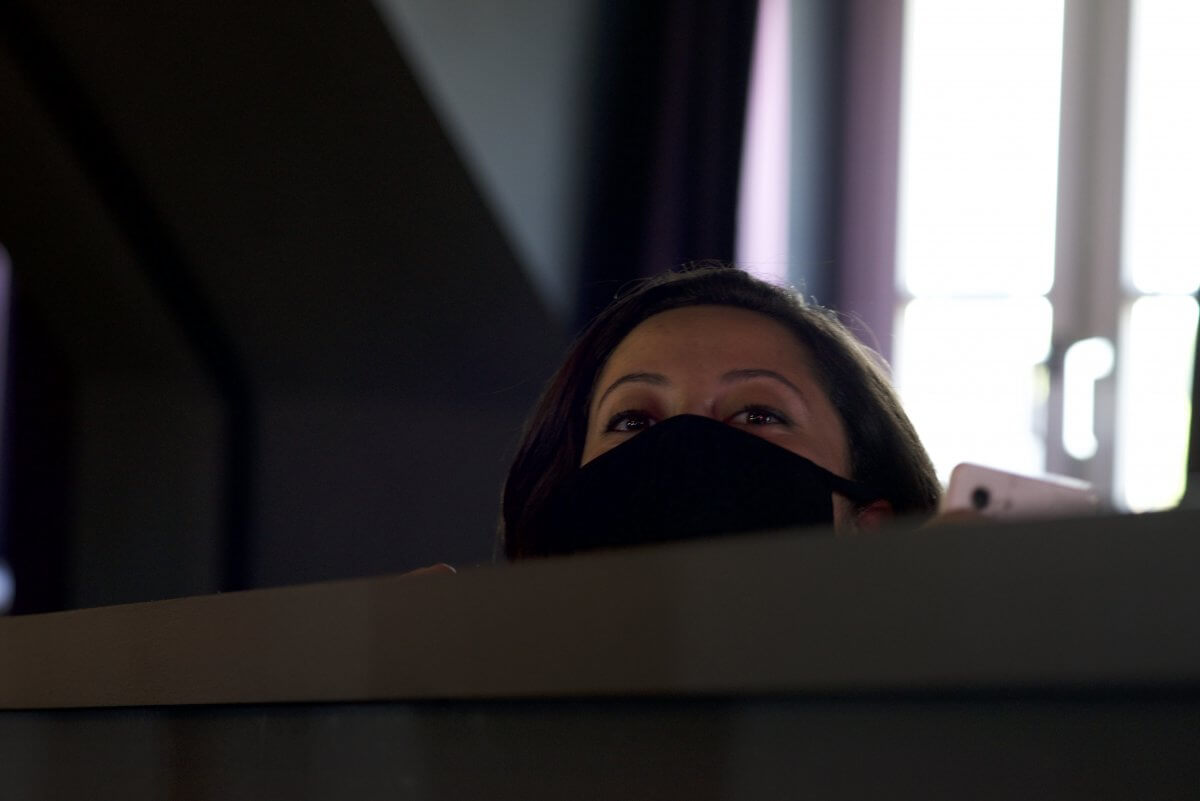 For the Success of Many: Entrepreneurial Support for Female Founders

Say you’re putting together a panel for an entrepreneurship event. You want your panel to feature people from diverse backgrounds…but your pool of potential panelists doesn’t reflect the diversity you’re shooting for. Because the lack-of-representation problem started long before any single panel’s selection process, how do we know where to even begin to make things better? We have CODE Catalyst to save the day! More specifically, one of our #thirdparty PM students, Aya Douba, works with Catalyst to add a layer of support targeting female founders.

Now we have to ask the nitty-gritty questions: Why isn’t female representation where we want it to be? What can we do about it?

For CODE students who want to found or grow their startup, Catalyst is our entrepreneurial hub: a springboard for founders.

Forgive the cliffhanger, but let’s give some context first: CODE Catalyst isn’t only for female founders, but all founders! For CODE students who want to found or grow their startup, Catalyst is our entrepreneurial hub: a springboard for founders. Since CODE and entrepreneurship go together like peanut butter and jelly (a reference for the Americans in the house), CODE Catalyst’s existence was a natural continuation of many of the attitudes found at CODE.

Ok, back to the burning questions. Let’s dive into Aya’s wisdom by directing some of our questions to her: Why is female representation in entrepreneurial spaces something that needs attention? Her answer is simple: “From research and surveys we know that women want to be there founding companies. It’s not like CODE Catalyst is forcing hopes and dreams on women. They want to start something.”

Well great! So…why don’t they? Let’s return to the idea of panelist selection at the start of the article. How can you select women when there’s no women to select from? Aya’s advice: ask different questions. “Did we really ‘just’ not select any women or was the event not appealing to women? How can we make it appealing to women?

“The instinctual decision might be ‘let’s just find a woman, any woman, so we save face and fill in a quota’. This would be putting a stick in the wheel instead of fixing the problem. Underrepresentation will keep happening over and over until we find the real reason why there aren’t women in that space. It’s a circle that feeds itself: there’s so few women in the business world, we don’t see ourselves represented, so now we’re producing even fewer, and it goes on…”

Making your call for panelists more appealing to women is a great first step, so let’s keep the momentum going for another step: giving support to female founders while they’re founding their company. Looking at CODE’s student body, women are in the minority, and the entrepreneurship and startup world reflects that imbalance.

Underrepresentation will keep happening over and over until we find the real reason why there aren’t women in that space.

However, CODE Calalyst’s research found that the best time to found a startup is while studying. Even further, “When we did studies in the CODE community, we realized that the average female student already is entrepreneurial by nature because this is one of the values of CODE. Instead of having 2-3% of the founders women, we wanted to support more women starting their journey to get all the support that they need. That’s why we try to fill in all the gaps that are posing issues for women of CODE.”

Every founder has gaps to fill and hurdles to overcome, but the thing is: the gaps and hurdles facing female founders are unique and almost always gender-based. “In the business world, women are held at such higher standards. Because there is much less female representation, the few of us who make it are always watched. Because they represent the whole group, they’re not able to fail as much: the failure of one represents the failure of many.”

Are there other factors that play into women being nudged away from founding? Unfortunately: of course! And some of it has to do with the way we understand what entrepreneurship asks of us. “We have so many people who still believe in ‘gender roles’. The way entreprepreneurship is sold to us is that you can’t start a company, to bring this baby – this company – to life, when you are ‘actually’ supposed to bring real babies to this world.

“It’s sold to us like it’s something you have to do every hour of every day, which is wrong: you can of course do it part time, beside your life. We’re told we have the jobs we can never quit, which is our care job, our home job. Even if we are career women, we can’t be flexible.” Then let’s all take Aya’s lead and forget everything we thought we knew about entrepreneurship! We hear you though, it’s easier said than done, and it’s a process that takes time and mistakes. That’s ok.

In the business world, women are held at such higher standards. Because there is much less female representation, the few of us who make it are always watched.

So let’s get started taking that time and making those mistakes! What do you do if you have an idea for a company; you’re ready to take the first step, but you don’t know where to place your feet? “Believe in yourself first and don’t be afraid of what would happen ‘if’. Don’t think about the ‘future us’ who failed and how she is dealing with her failure, with the crowd. I really believe if you never try, you will regret way more than if you tried and failed.” CODE sees learning as productive failing, so even as we realize this is an oversimplification…founding your startup is a win-win!