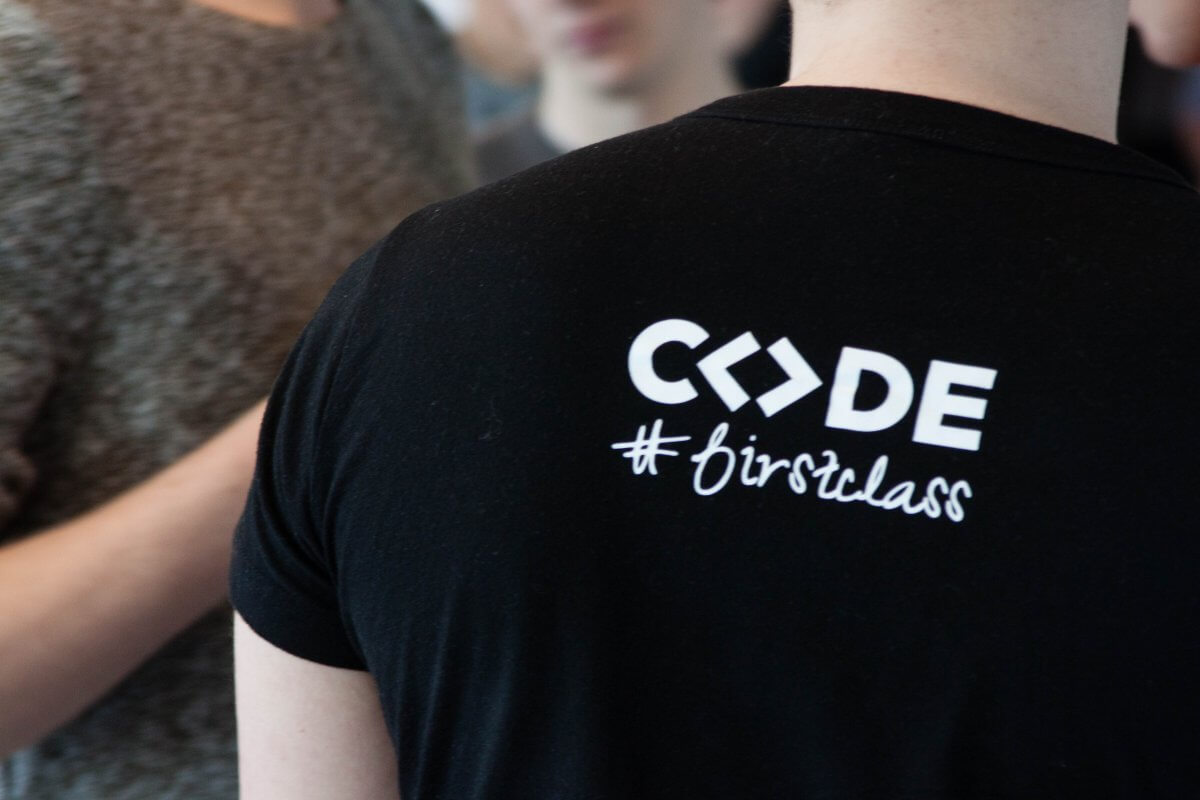 Breaking the Dam: A Convo with Three of our Alumni

Think of the expanding number of CODE’s graduates like a dam breaking. First we had 2, then only a few weeks later 5, suddenly 9, with handfuls and handfuls more turning in their Capstone Projects (final projects) every month. CODE alumni leave these hallowed, tech-y halls with trajectories so incredibly different that it’s impossible not to find someone who’s doing something that you (yes, you) are interested in.

But since we can’t talk to everyone in a short article, we sat down (with distance 😉) with three of these alumni. They’re a mix of alumni and students who aren’t technically finished, but come on, they’re one CODE-issued document away from having graduated.

Who are they? Glad you asked. We have:

“AWS CloudWatch has the biggest time stream database on the planet right now.”

Darleen Zumbruch, who designs for two companies: Ergosign and the non-profit organization Between the Lines.

“We worked on the project with 5 CODE students, and now we’re an organization with 16 team members and more than 60 supporters. I’m very proud to be here.”

Constantin Schreiber, who co-founded Blair and takes care of the product and tech side of the company.

“Keep the spirit and pay it forward, whatever that means for you.”

The community of CODE is intricate and intimate, and after getting their diploma, the connections former students have with their Alma Mater don’t just dissolve. But before focusing in on the future, let’s take a quick glance back. Is there something about CODE that helped them move forward after they finished studying?

Constantin: “I think it’s just the CODE platform. So before CODE, I was already registered for Computer Science at another traditional university. I knew Tom Bachem [our chancellor] and thought, ‘Eh, why not take a look at the Admission Day’. Already then, I felt that there was a different type of person interested in CODE than there was at the other university, and that’s what got me to kick my registration for them and join CODE.

Another thing that really helped in the process was CODE’s cooperation with 42, just getting the opportunity to go to Silicon Valley for a couple months.

And then, the whole working in small teams on products. There’s very little difference between doing it in a CODE setting and doing it in the real world, so the transition is very smooth. At Blair, we found that our employees coming from a more traditional university setting have a much harder time adjusting than CODE people. They basically sit down and get to work from day one, they’re familiar with all the processes.”

I mean, wow, that sounds great! What about advice? Let’s say you, dear reader, are about to start studying at CODE, or maybe you’re already here (hi!), but you still have plenty of time to go. What should you be considering when you think about how to make your time at CODE really count?

Darleen: “Just make what you want to – what you’re interested in. What’s important for you and what do you want to change? Then tackle this. Think about what makes you happy in your studies and what you want to do in the future. For example, for me, it is a pleasure to work for Between the Lines, and only with CODE did I get the mindset to engage in a non-profit organization as a designer. It’s important that you think about what motivates you.”

Piero: “If you already have a job offer, adapt to the company environment because it’s probably going to be very different from what you were experiencing in university. It’s not as different as at other universities that are mostly theoretical and the shock going to a company is very high. That’s a benefit of CODE, that you actually do the practical stuff during your 3 years there. There is still an adaptation process, but what I learned helped me in my previous job, which in turn helped me in my Amazon interview. The module on distributed processing was particularly special for me.”

As the crack in the dam gets bigger every semester, what else could we say except that CODE is a unique place to get your Bachelor’s for a thousand reasons. We’ll let Constantin sum up our feelings as we close: “At CODE, you turn around and you have 20 people sitting there, very helpful and wanting to get you forward. I think that’s really what CODE is about.”

To learn more about Piero, Darleen and Constantin and what they’re doing now, click on their names.